The Victoria and Albert Museum celebrates its 165th anniversary with a rather radical shift in its gallery space: the Exhibition Road Quarter. Opening the V&A up to visitors from the pedestrianised Exhibition Road side of the museum, this marks the V&A’s largest architectural intervention in over 100 years, creating a new public space for London and a new purpose-built gallery for temporary exhibitions.

It is fascinating how it merges heritage, contemporary design and technology. It offers a more relaxed entry into the museum, where visitors can wander in off the cultural artery that is Exhibition Road and brings them not only to the new Sainsbury Gallery, but also the less frequented rear galleries in the museum. The courtyard will be treated as an outside gallery room, offering glimpses down into the new exhibition space and across into the popular garden area, where on a summer’s day not only the local toddlers take to the water and splash in the pond, but their parents too!

The build was extremely complex, as the V&A continued uninterrupted, and the requirements to link old and new spaces resulted in some very innovative architecture. The new 1100 sq m gallery has no columns and its angled roof conceals state of the art technology, with beams that can support a ton per square metre. An oculus at the rear, repeating the zig-zag pattern of the roof beams, will allow natural light into the exhibition space, connecting it with the courtyard’s smooth lines. This is one of the largest temporary exhibition spaces in the UK, bigger than the British Museum’s recently opened Sainsbury Gallery.

Looking into the gallery below

Looking up through the oculus

Access for exhibits is via lifts, the size and scale of which were apparently dictated by the Maharajah’s Rolls-Royce, the largest single object yet shown at the V&A, but there is also provision made for hoisting longer objects through the central stairwell. The construction challenge of a space with no columns is made visible with a large steel beam painted in vivid international orange that holds the weight of the museum’s priceless collections above. It is not, the architects were quick to point out, a Sainsbury’s orange! 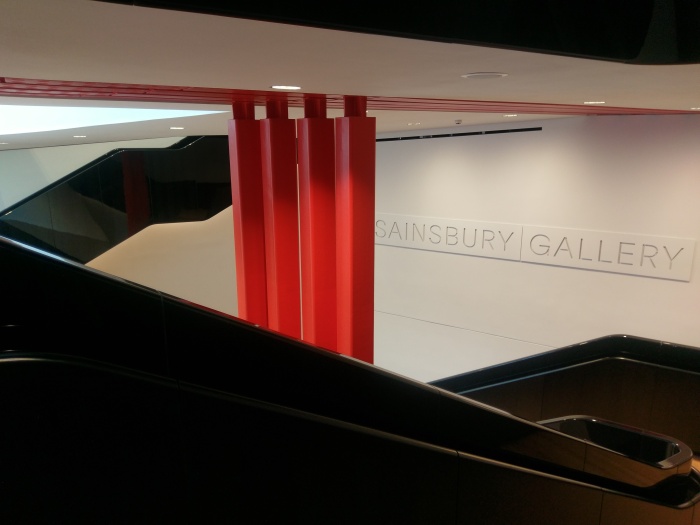 The 1909 Aston Webb screen, which once concealed the museum’s boiler-house, has been opened to tempt viewers into the back part of the museum via the world’s first porcelain courtyard. The screen is now placed on columns and the bomb damage, that was so treasured by the public, has been recreated in the patterns on the gates that now link them. 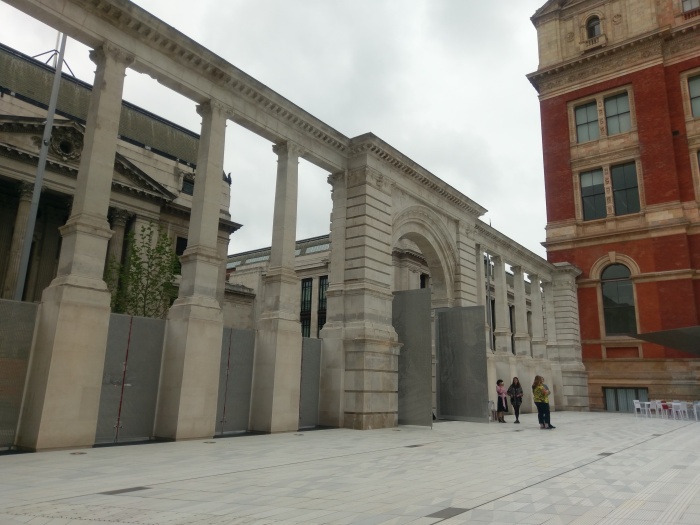 The Aston Webb screen with its new base

The project started six years ago to enhance underused space in the museum. Webb originally had a vision of a garden in the courtyard, but ran out of money and had to build a wall to hide the boiler-house, so opening this space completes his original vision. Familiar names in the world of art patronage are visible on the walls – Sainsbury, Sackler and Blavatnik. Porcelain was found to be the most durable material for the courtyard, and inspired by the V&A’s tradition of ceramics, it is paved in 11 000 handmade tiles. The mosaics inside are a contemporary design that complement those of the adjoining galleries and as a nod to the story that they were laid by women prisoners from Holloway, the new ones were laid by a women’s artistic collective.

Looking through into the garden

The first major exhibition in the new Sainsbury Gallery will be an immersive journey through 400 years of opera, which opens at the end of September 2017. The public are invited to explore the new public spaces from tomorrow until 7 July, in a festival entitled Reveal.

The interplay between old and new offers constant surprises: 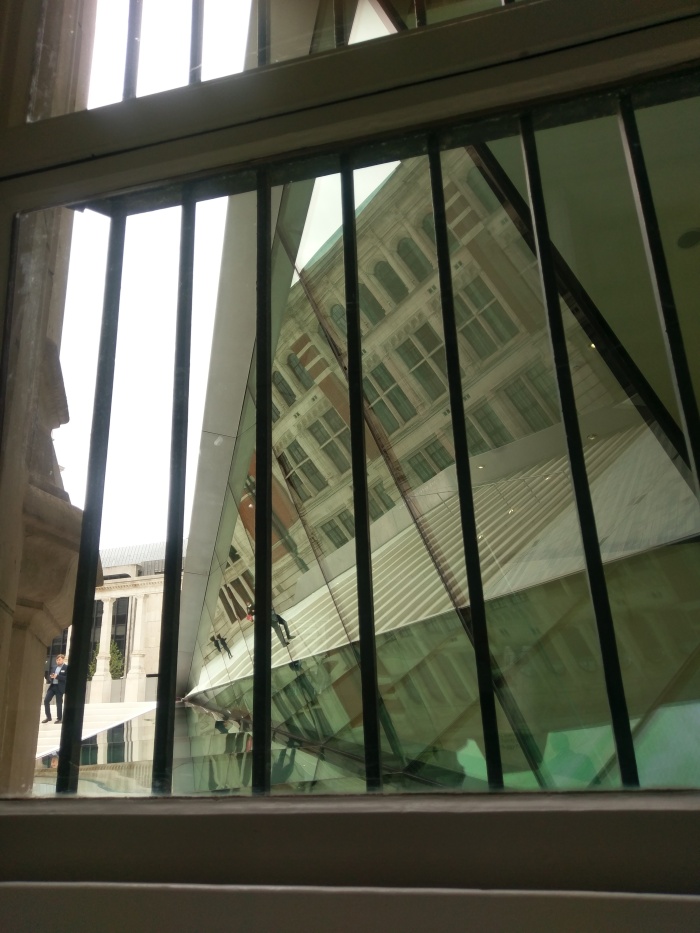 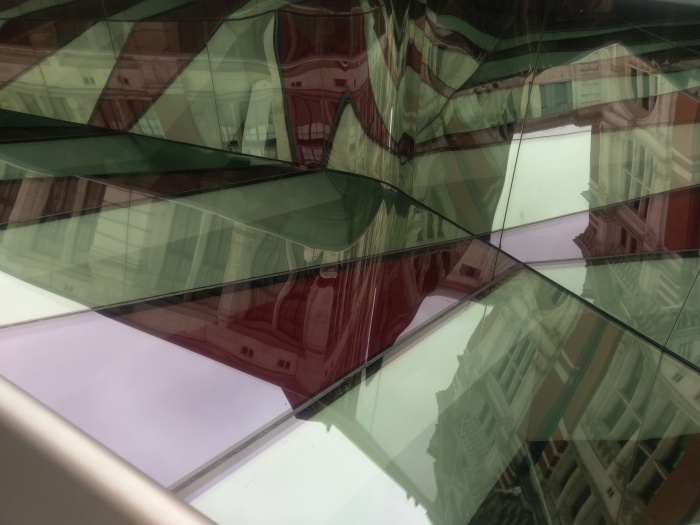