Sinister life-sized cheese graters, a wooden cabinet filled with coloured glass perfume jars in the shape of hand grenades, a Fifties kitchen interior that hums with the electricity which lights up certain parts of it – these are some of the familiar objects that Mona Hatoum casts in a new light in her retrospective at the Tate Modern (until 21 Aug). 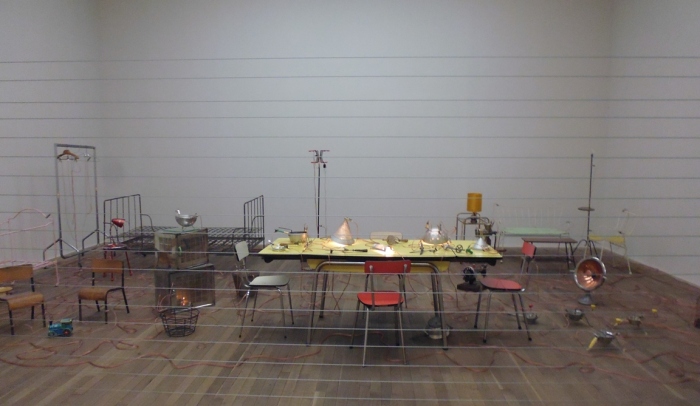 This Palestinian artist, born in Beirut in 1952, began her art career in London in the mid-Seventies when war broke out in Lebanon. Her early performance work from the Eighties is juxtaposed here against the more recent large installation pieces. Although they underpin a 35-year career, and show her continuous interest in themes of displacement, incarceration and the body, they are dwarfed, literally and figuratively, by the later works. Her early tramp barefoot through Brixton, dragging a pair of Doc Martin boots tied to her ankles, or the endoscopic probe of her body’s interior and exterior are still disturbingly hypnotic, buy it is evident why she gave up on performance art. The later installation pieces have a more immediate impact on the audience. 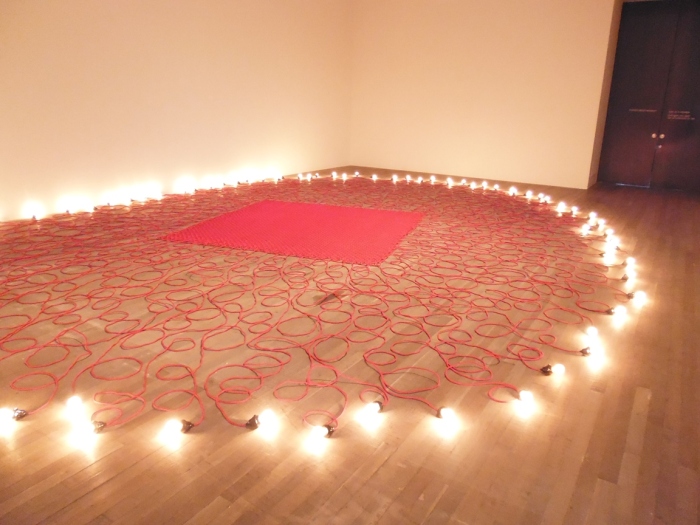 It is the juxtaposition between the familiar and the savage that give this show its punch. Woven together with folksy craft electric cables jolt one into images of torture, while the delicate tracery of cables hanging in a cube and patterning the walls contrast sharply with the fact that they are made from barbed wire. In Twelve Windows large embroidery panels, meticulously stitched, are placed on a wire that zigzags across the room, but these decorative pieces done by women in captivity in Lebanon become acts of resistance by marking different regions of Palestinians.

Hatoum brings to bear on all her work her own femininity and her heritage from a war-zone, adding poignant resonance and depth to her work. 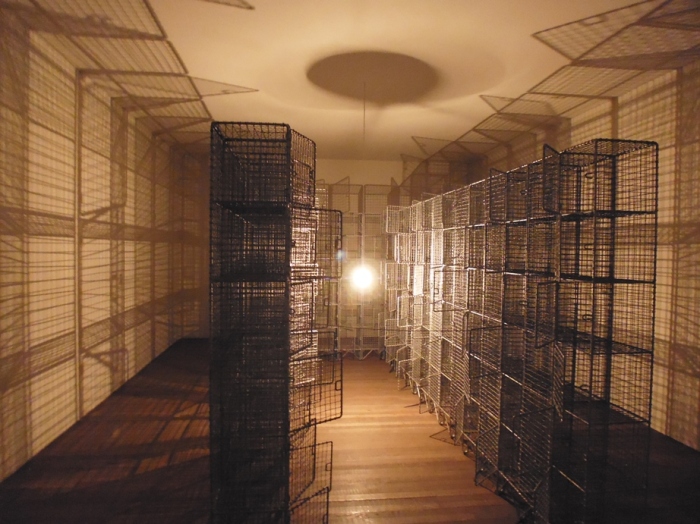