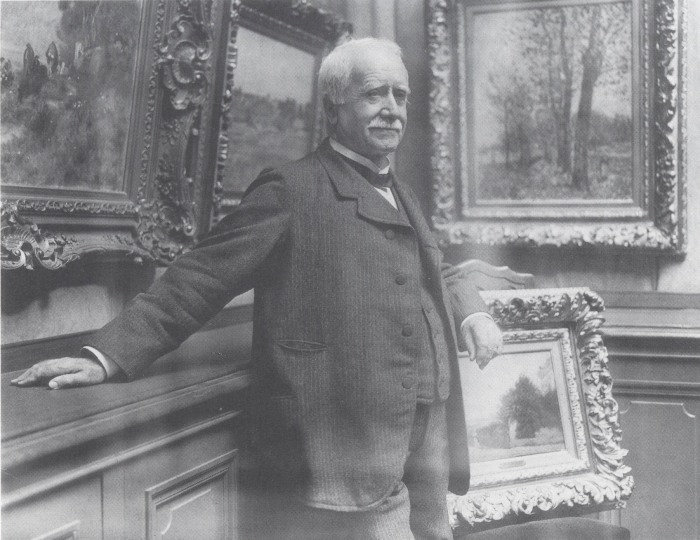 Paul Durand-Ruel in his gallery, circa 1910

You may never have heard of Paul Durand-Ruel, but without his input, you may also never have experienced the thrill of delight at viewing the Impressionists. The National Gallery’s exhibition Inventing Impressionism (until 31 May) traces the story of this French art dealer from his early beginnings as a dealer of the Barbizon school through the long and turbulent road he travelled to make the Impressionists the most loved group of any art museum’s collection.

It wasn’t always the case. One art critic expressed the desire that Monet “would cure himself of the disease of Impressionism” while the mottled skin tones of Renoir’s nude bathed in dappled sunlight were vilified in the press at the time of the Impressionist’s second exhibition in 1876. Without the support, both emotional and financial, of Durand-Ruel, they would not have survived.

So much of what we view as standard for artists comes from Durand-Ruel’s radical business practises: the solo exhibition, for one thing. He was to lose his fortunes, not once, but twice, in the process of building this ‘brand’ and it was the Americans who ensured that these artists filled their museums. No wonder then that you can see the best of their work in the States: France was one of the last countries to acquire any of their paintings. Much of what is owned by the Musée d’Orsay in Paris, who co-curated this show, was once owned by Durand-Ruel. The National Gallery was also not hasty to acquire this ‘new’ art, turning down the offer of a public donation of a Monet from the great Impressionist exhibition of 1905 in London, which is cleverly recreated here. Had it not been for bequest of an Irish millionaire, the paintings we all know and love so well would not have been in their collection. 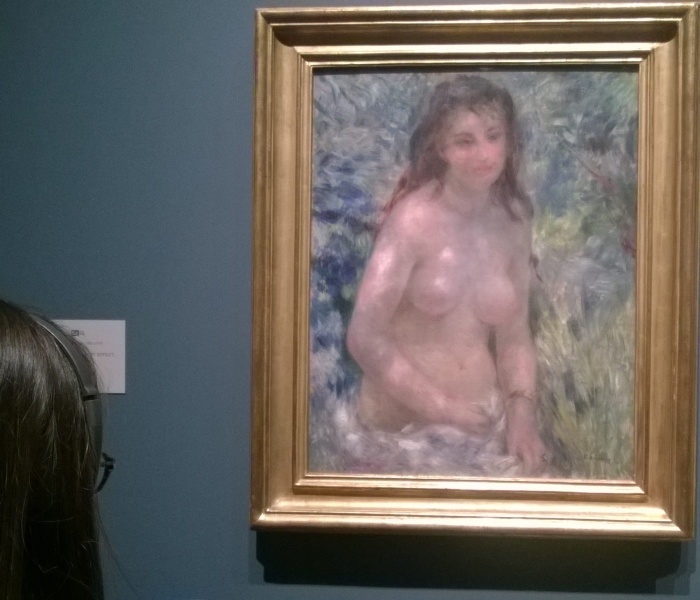 This exhibition opens with portraits of the Durand-Ruel family, all painted by Renoir, and after a brief view of the Barbizon artists as precursors to the Impressionists, it takes one on a tour of the most sublime works by Impressionists. Five of Monet’s poplar series, touted at the time of his first solo show by the dealer as a once in a lifetime happening, are collected from around the world. Much of what is on show here was once owned by the dealer himself. He had the tendency to buy up all an artist’s stock, as he did when he first met Manet. Two of those works are exhibited here: a still-life of a salmon and a moonlit scene of a harbour, neither of which are well-known. 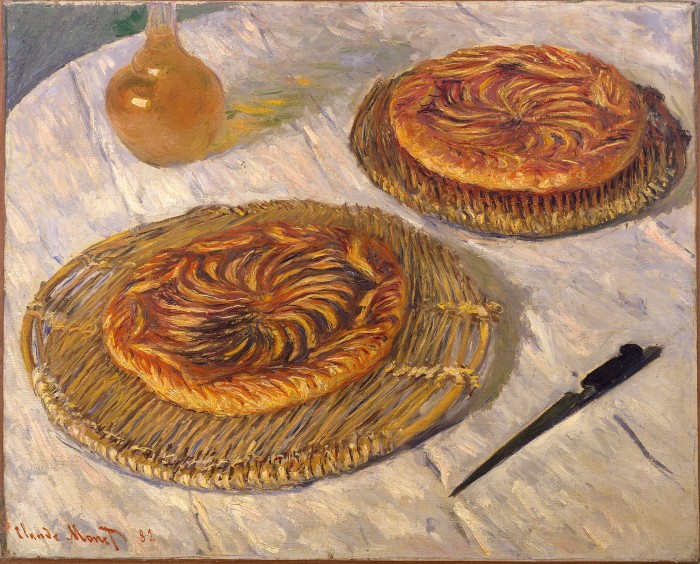 Half the delight of this show is seeing new works, many from private collections: Monet’s cliff-scenes or galettes that look more like Van Gogh’s with their swirling brush strokes; the other is the recognition of the known: Renoir’s country and city dances, for example, that hung in the dealer’s own home. Introducing the public to a behind-the-scenes view of the modern art world is a clever new take on a deservedly popular period in art, and the National Gallery deserves to draw the crowds.

Sisley, Pissarro and Monet – framed as one

Recreating the 1905 Grafton show at the National Gallery